’Explore Bihar’ at the 53rd IFFI

The Bihar pavilion at the 53rd IFFI has called out the budding filmmakers to explore the historical, archaeological, cultural and natural heritage of the land of Buddha and Mahavira.

This year at IFFI, as an initiative, several state governments have installed their pavilion at the Film Bazaar to promote film-making industry in the states. States such as Manipur, Punjab, Uttar Pradesh, Uttarakhand, Maharashtra, Tamil Nadu, Jharkhand, Madhya Pradesh, Gujarat, Chhattisgarh, Delhi and Puducherry have installed their respective pavilions.

Shri. Anurag Singh Thakur, Union Minister for Information and Broadcasting had visited the Bihar pavilion at the inauguration.

Earlier, renowned actor Mr. Pankaj Tripathi who inaugurated the Pavilion of Bihar, was delighted to see his home state being represented at IFFI. He said that the state has immense film-making potential which needs to be harnessed. 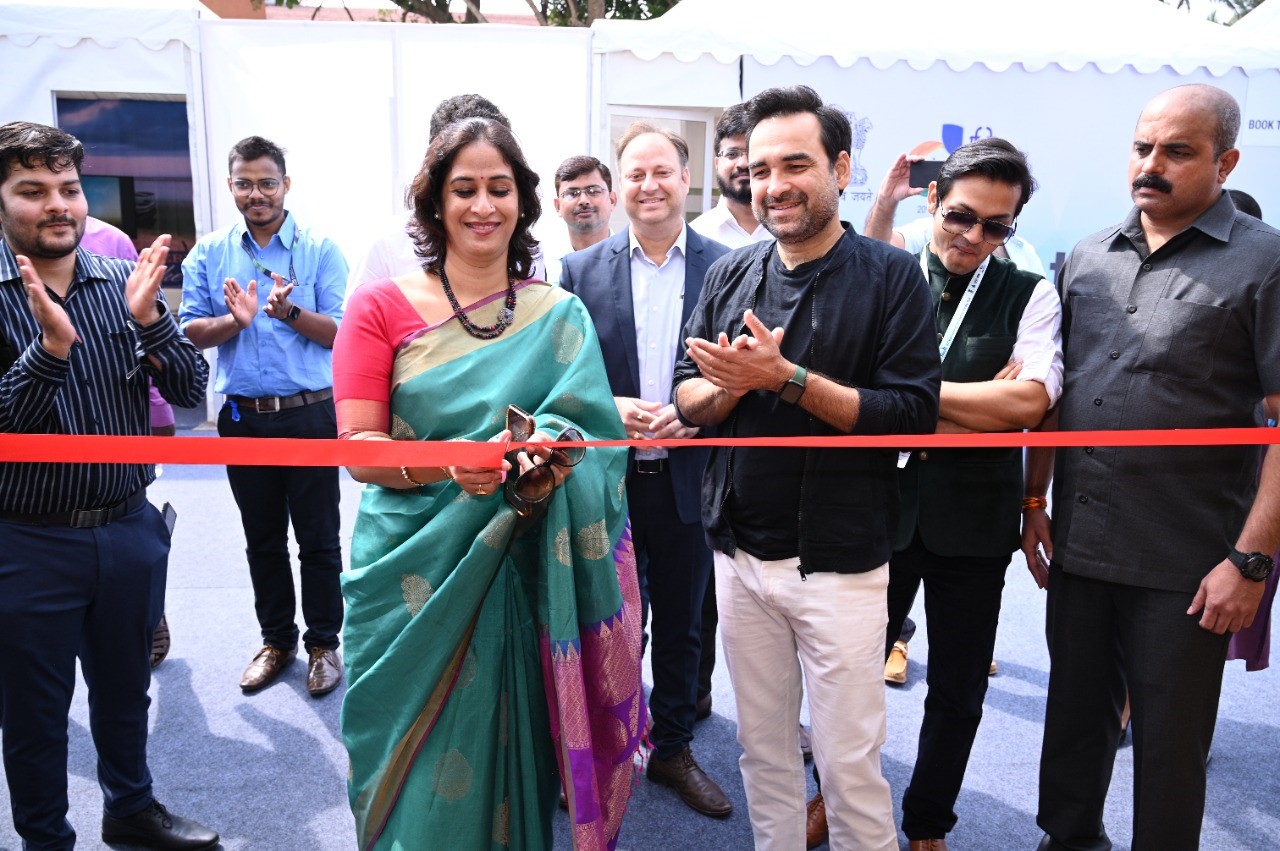 Smt. Bandana Preyashi, a Bihar government official said, the state government has taken several initiatives to attract film-makers for shootings in Bihar. She talked about the improved security scenario and availability of rapid connectivity and robust infrastructure.

A state government official present at the ‘Explore Bihar’ pavilion said that there is the need to break the stereotype of Bihar as a poverty-stricken state. Actually, the infrastructure of Bihar has grown by manifold in terms of rail, road or air connectivity and other forms of infrastructure. ‘Explore Bihar’ pavilion highlights the fact that several renowned actors, directors, technicians of mainstream film industry have their origin in Bihar.

It is expected that the accomplished film-makers, actors who have migrated from Bihar and established themselves in mainstream Bollywood industry or other regional film industry shall be inspired to return to their homeland and contribute in establishment of robust film-making industry.

The pavilion highlights cultural, natural and archaeological wonders such as Sonepur cattle fair which is the largest cattle fair of Asia and the Harmandir Takht Shri Patna Sahib which is one of the holiest pilgrimages for the Sikh community.

The pavilion also highlights the heritage of film-making in Bihar. Some of the most iconic scenes in Richard Attenborough’s Oscar-winning ‘Gandhi’ were filmed at the centuries-old Patna Collectorate.

The iconic song ‘O Mere Raja’ from the movie ‘Johny Mera Naam (1970)’ was shot at various spots of Rajgir.

‘Manjhi -the Mountain Man (2015)’, the critically acclaimed Hindi language biographical film is based on Dasarath Manjhi who was a poor labourer from Gaya, Bihar.

Several scenes of ‘India’s Most Wanted’ have been shot in Patna, it is a 2019 Hindi-language action thriller film directed by Raj Kumar Gupta, and starring Arjun Kapoor.

The department of Art, Culture and Youth of the Government of Bihar would soon publish the Bihar State Filmmaking policy. The policy, among other things, would include a ‘Single Window Clearance mechanism’ which would help the film-makers to get different permits in little time

IFFI provides the scope to explore the ‘Unexplored Manipur’

India-Bhutan SAT, jointly developed by India and Bhutan launched into space today by…