Mumbai: Shivsena rebel leader Eknath Shinde was today sworn-in as the new Chief Minister of Maharashtra. Governor Bhagat Singh Koshyari administered the oath of office to Mr. Shinde. He has become the 20th Chief Minister of the state. 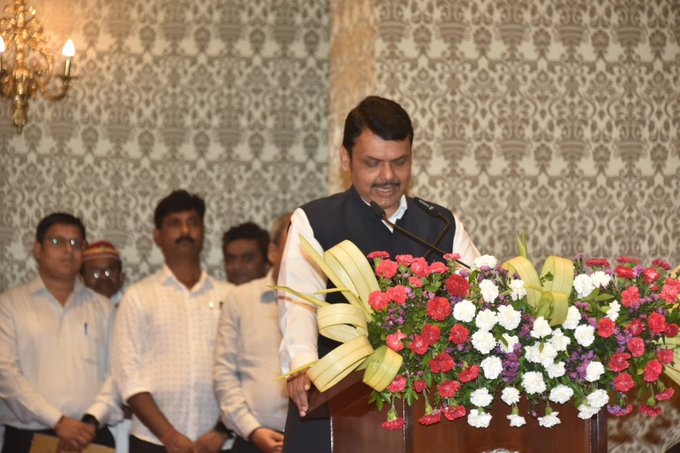 Home Minister Amit Shah has said that BJP leader Devendra Fadnavis has decided to join the Maharashtra Government on the request of BJP President J. P. Nadda. In a tweet, Mr Shah said that this decision shows Mr Fadnavis’ sense of service towards the people of Maharashtra.

Meanwhile, BJP President J. P. Nadda said, the party decided to support Shivsena rebel leader Eknath Shinde, showing a big heart for the betterment of the people of Maharashtra. He said, BJP has proved once again that it is not party’s aim to get any post and the ultimate goal is to serve the country and the people of the state.