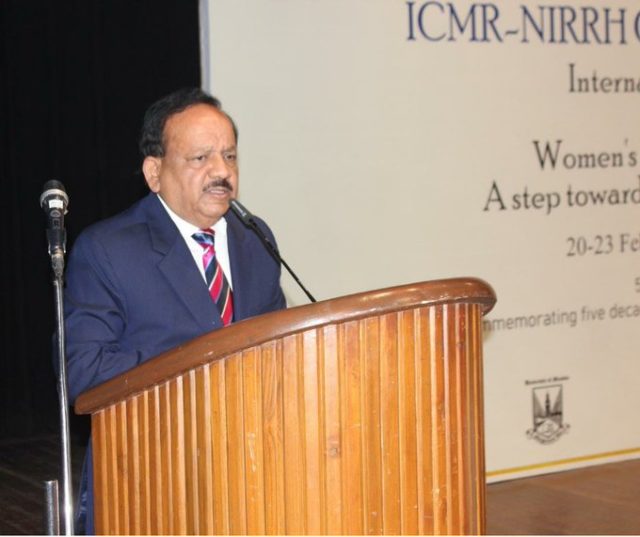 New Delhi: Dr. Harsh Vardhan, Union Minister of Health & Family Welfare undertook a review of the status of preparedness and actions taken so far,in handling the situation arising out of outbreak of Novel Coronavirus (COVID19), with the senior officials of the Ministry, here today.

The Union Health Minister was informed that various precautionary measures have been undertaken in close coordination with the concerned ministries at the central level.Secretary (HFW) also informed that the States have been advised to regularly update the requisite informationpertaining to screening and surveillance accurately and in a timely manner on the web portal which has been put in place as a special surveillance web tool to monitor the cases on a real time basis at the national level.She also added that States/UTs have reported that the protocols and guidelines issued by the Central Government are being followed to avoid any eventuality. She further informed that sufficient stocks for Personal Protection Equipment and masks have been procured. Secretary (HFW) also informed that the preparedness of various States/UTs is being regularly reviewed through Video Conferences with them and the concerned Central GovernmentMinistries/Departments.

Dr. Harsh Vardhan was also informed that at present, the screening of passengers is being done in all 21 airports, 12 major and 65 non-major seaports and border crossings. In all 3,835 flights and 3,97,148 passengers have been screened so far. As of now, 2,707 samples have been tested of which only 3 samples had earlier tested positive (Kerala) and all the three patients have been discharged from the hospitals and are now in home isolation. All Indian evacuees from Wuhan have tested negative for COVID19 and have gone back to their homes from the quarantine facilities. 21,805 persons are presently under community surveillance in 34 States/UTs through the Integrated Diseases Surveillance Programme (IDSP) network.

Dr Harsh Vardhan has urged all states again to keep high vigil, even though no new positive case has been reported from the country. He also advised the States to continue enhancing the awareness amongst the masses for prevention through personal hygiene.