It should be noted that Pradhan performed well in a scheme close to Modi – Pradhan Mantri Ujjwala Yojana – through which LPG connections have been provided to 2.5 crore people. The ultimate aim of this project being to give LPG connections to 5 crore people by 2019 at Rs 1,600 per connection. 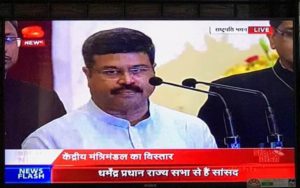 He also managed to make a success of the ‘Give It Up’ – to forego subsidised cooking gas or LPG voluntarily – scheme that Modi had pitched in his ’16 I-Day speech from Red Fort. the “Give it Up” plan for people. 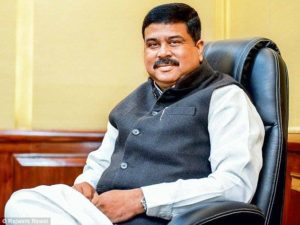 The scheme was said to have been a contributing factor in BJP success in Uttar Pradesh. In his other role – as a party worker – Pradhan has also performed for the party. He was made the in-charge of Uttarakhand where BJP won 56 of the 70 assembly seats. 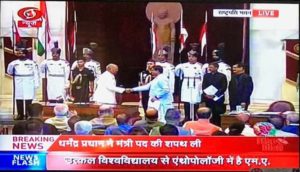 Under Pradhan’s leadership BJP has increasing its clout in the state steadily over the last one year. The party doubled its seat share in the recently held panchayat election, rising from the earlier 18% to 33%. He has also worked for the party in Jharkhand, where the party is currently in power.