New Delhi: Organ Donation Conference inauguration at PGIMERDR.RML today in the august hand of Shri Dharmendra Pradhan, Union Cabinet Minister Petroleum & National Gas and Skill Development Entrepreneurship. While delivering the speech to the Doctor as delegates he said, the RML and Pravasi Odia Vikas Samiti  are doing a great Job by discussion the realm of Organ Donation their nitty gritty. He also impact over the Seminars of preventive medicine and preventive treatment.

There are many cases where there was brain death as the Certificate given by the Doctor, the family members of the brain death person shall be emotionally counselled as the organ shall be retrieve in where time is essence.

The people must educated the value of organ donation as this is the way the person who can live after death as this he/she can help others to have a great life, which is a pious works. 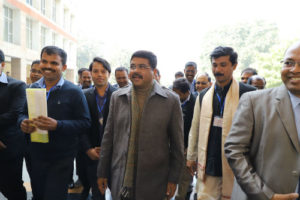 Mr R.K Vats, Additional Secretary, Minister of Health and Family Welfare was Guest of Honor and said the youth of the country are coming forward for donating the organs to live after death. Such type of programmes shall be held through out the country.

Dr. Ashok Mohapatra was conferred with life time Achievement Award for his contribution to the Medical service for last 4 decades.

Dr K. C Sahoo, President of POVS gave the welcome address assure that the RML & POVS will organize  many more such Joint program in future. 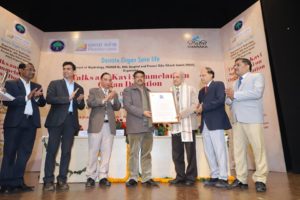 One of the main objective of the POVS is to help patients who are coming to Delhi.  In this respect today’s program is also a milestone.

Awareness on Odisha govt’s BSKY scheme will Give more benefits to beneficiaries:…

Odisha Without Border (OWB) Vows to build Developed Odisha by 2036