New Delhi : The Department of Economic Affairs (DEA), Ministry of Finance,  along with its CPSE, attached and autonomous organisations, is actively participating in Swachhta Campaign and Special campaign 2.0 for disposal of  pending matters (SCPDM) from October 2nd, 2022 to October 31st, 2022.

During the Special Campaign 2.0, DEA’s thrust is on cleanliness drive, weeding out of old records, liquidating the pendency in respect of VIP References, Parliament Assurances, DCN, References from PMO/State Governments, Public Grievances, Public Grievances Appeals, etc. Several rounds of meetings have taken place, including review at the level of the Secretary, DEA. Teams have been formed at ground level to coordinate activities and ensure the success of the campaign. During the campaign, beautification of corridors of North Block as well as renovation of rooms has been undertaken by DEA.

Extensive cleanliness drive has been undertaken by the CPSE under DEA – Security Printing and Minting Corporation of India Limited (SPMCIL) on its 10 sites.

During the campaign, through the sale of scrap Rs. 50,000/- has been realied apart from reclaiming 5000 sq.ft. of office space.

As a best practice, DEA is working on the conservation of historic economic records (including records relating to creation of Central Statistical Service, Economic Service and Recruitment Rules of Chief Economic Advisor). 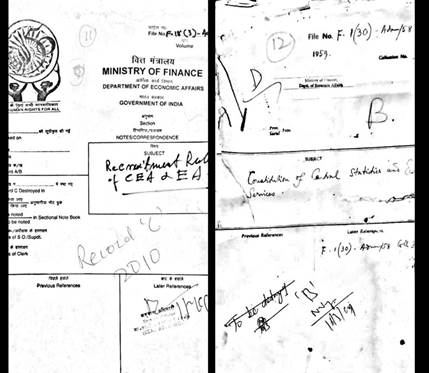 Department of Defence Production institutionalizes ‘Swachhta’ in its field offices across the country through Special Campaign 2.0 on Cleanliness