Started last year, the purpose of the Awards was to not only appreciate and acknowledge the best performers among CIL’s coal producing companies, but also to create a congenial and competitive spirit to outperform each other.

The first ever awards of last year were in three categories of safety; production & productivity; sustainability. Expanding the ambit, this year two new additional categories of quality and ERP implementation have been added. In another upshot, General Managers of best performing areas are also acknowledged and awarded this year in four subcategories. 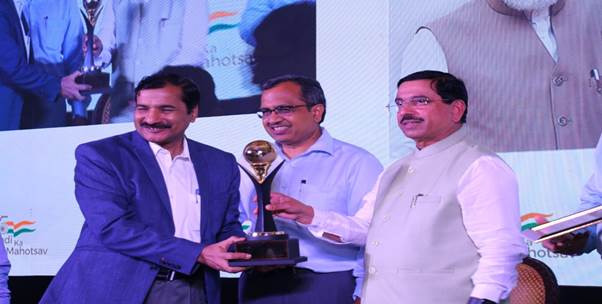 Continuing the high orbit performance this year as well, CIL’s production of 224 million ton (MT) so far (till 11th Aug, 2022) achieved a strong growth of 24% – the like of which was never witnessed before. Total off-take of 251 MTs with 10.4% growth is another point in the company’s performance

Also, at a time when the country is vigorously reviving its post pandemic economic growth, Coal India’s capital expenditure reached an all time high of 15,400 crores in FY’22, overtaking the target for the second consecutive year.