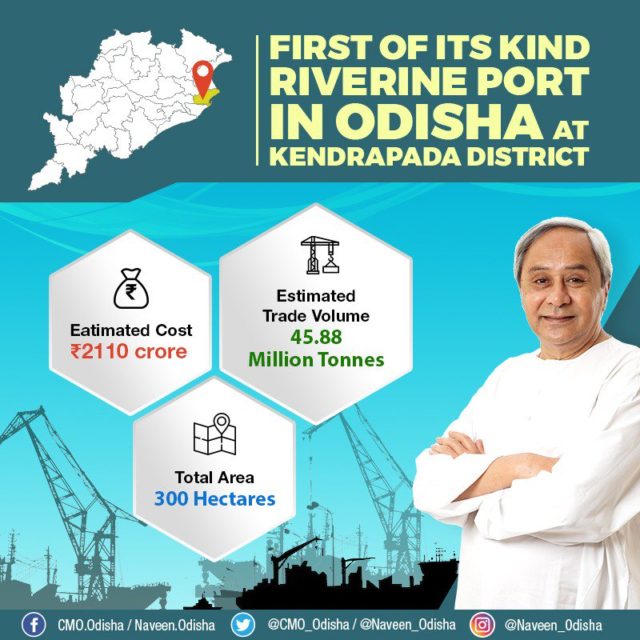 A meeting of the High-Level Clearance Authority (HLCA) under the Chairmanship of Chief Minister Naveen Patnaik was held in this regard on Saturday.

In response to the Request for Qualification (RFQ) floated for the purpose, four developers have submitted their applications. For the issue of Request for Proposal (RFP) in favour of the applicants, it has been decided in the said meeting to issue RFP to all four applicants to participate in RFP stage and to give in-principle approval to the project as well as to the draft RFP, Draft Concession Agreement, Land Lease Agreement.

This port will be set up in two phases. In the first phase, two berths shall be established for transportation of 18.43 million tonnes of cargo per annum for which the expenditure estimated to the tune of Rs 2,110 crore.

The requirement of land for first phase development of port has been estimated to 175 hectares. This riverine port will be connected to National Highway 5-A (now NH-53) and Haridaspur-Paradip Railway line for transportation of Cargo. 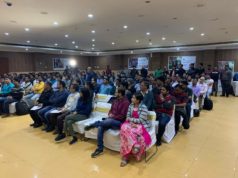 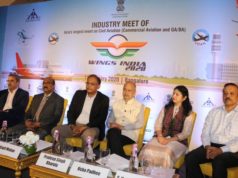 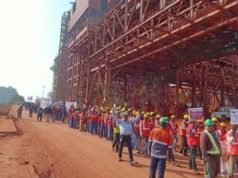