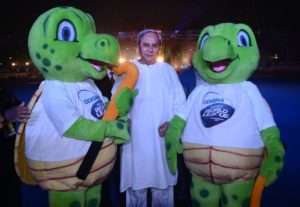 Best eight teams of the world are participating in the tournament. Argentina, Australia, Belgium, England, Germany, the Netherlands, Spain and hosts India — nations all placed inside the top 10 of the FIH rankings . In the inaugural match, Germany defeated England 2-0. India played out a 1-1 draw with defending champions Australia in the second match. India next face England on Saturday evening while Australia lock horns with Germany.

UP Singh takes over as New Union Water Resources Secretary