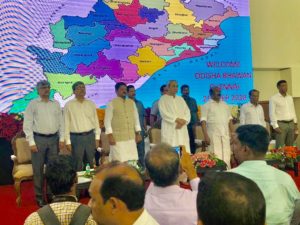 The six-storied complex, which has come up on the side of the Tambaram-Velacheri Highway would be the sixth Bhawan of the Odisha Government outside the State.

The complex having 16 double-bedded rooms and five suites has come up at a cost of Rs 21.43 crore. There is an auditorium having seating capacity of over 300 people.

In May 2012, the complex’s foundation-stone was laid by the then Chief Minister of Tamil Nadu J Jayalalithaa in the presence of Naveen Patnaik.Booking for accommodation in the guesthouse for public would start soon after the opening of the complex.

While the State Government is running three guesthouses, Odisha Bhawan, Odisha Niwas and Odisha Sadan in New Deli, there is another at Kolkata, Utkal Bhawan, and another one at Vasi in Mumbai, Odisha Bhawan.