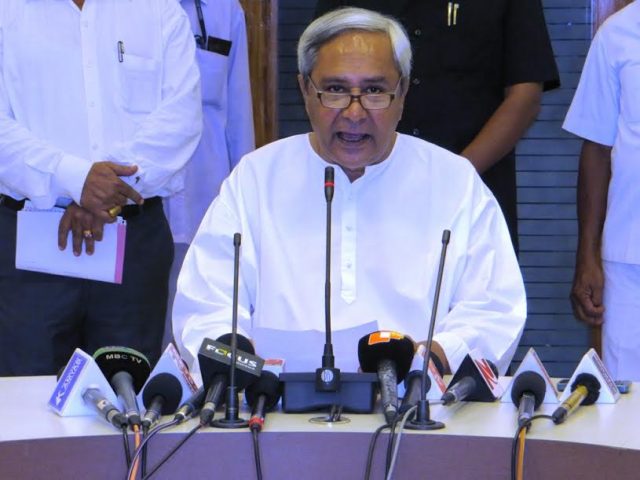 Bhubaneswar: Chief Minister Naveen Patnaik wrote to Union Minister of Railways Piyush Goyal demanding creation of three more divisions to unify Odisha under East Coast Railway, a Bhubaneswar, before considering creation of any other new zone. Proposal for creation of new divisions is pending with Railways for years.

He opposed even the consideration of such an one-sided demand for setting up new Railway zone for Andhra Pradesh by taking out Waltair Railway Division from East Coast Railways.

Highlights from his letter to the Union Minister:
• Odisha makes a major contribution to revenues of Indian Railways being a major industrial hub and having an abundance of mineral wealth
• Made functional in 2003, ECoR at Bhubaneswar has become the premier freight loading railway in the country and boasts of one of the lowest operating costs amongst all the zonal railways
• State Government has been drawing attention of Rail Ministry to consider expanding jurisdiction of ECoR to cover all parts of Odisha under one zone to enhance benefits of integration and unhindered mobility within the growth intensive state
• The three new Railways Divisions under EcOR as suggested by State Govt:
o At Rourkela with jurisdiction covering Jharsuguda-Barsuan-Kiriburu, Rourkela-Nuagaon- and Jharsuguda-Himgiri sections
o Extending ECoR jurisdiction up to Bansapani-Padapahar, Rupsa-Bangiriposi & Bhadrak-Laxmannath road sections & new Railway Division at Jajpur/Jajpur-Keonjhar Road
o New Railway Division at Rayagada comprising of lines: Nuapada-Gunupur with proposed extension to Theruvali/Rayagada, Rayagada-Titlagarh, Koraput-Rayagada, Koraput-Jeypore-Jagdalpur-Kirandul, Lanjigarh Road-Junagarh and proposed lines in Malkangiri, Koraput and Nabarangpur districts

Chief Minister Shri Patnaik mentioned that the Ministry had constituted a Committee that concluded that creation of artificial zonal barriers in Odisha was impeding growth of Railways and therefore has rejected the demand of dividing ECoR. He reiterated state’s demand for creating 3 more divisions to unify Odisha under one zone of ECoR for the benefit of Railways as well as for the State.