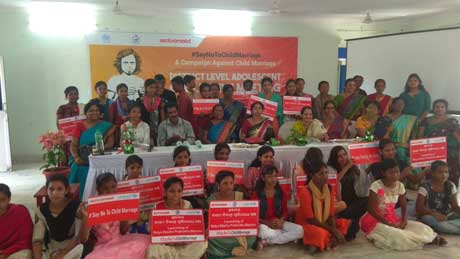 Ganjam: Balya Vivaha Pratirodha Mancha (BVPM) is a strategic advocacy forum to engage adolescent and youth for creating awareness to combat Child Marriage in the District. BVPM is also a forum to facilitate/felicitate all the brave young an adult who says NO to child marriage by engaging them in advocacy and action as champions against child marriage. The forum also seeks to involve other young boy and girls to create awareness on their right and enhance the capabilities. It will also facilitate the Block, GP and village level, adolescent group. One of the main functions of the BVPM is to facilitate the Block and Gram Panchayat level BVPM in the district.

With the objectives to enhance the capabilities of the adolescent boys and girls and to create awareness on the prohibition of child marriage act and advocacy and to create a forum for the adolescent boys and girls who said no to child marriage the District administration, UNICEF and ActionAid Association one day district level adolescent collective meeting was organized. Mr. Sanatana Panda, District Education Officer, Mrs. Manorama Raddy, District Social Welfare Officer, Mr. Subodha Ku. Sarangi, District Child Protection Officer, representatives from UNICEF, Mr. B N Durga, State manager, ActionAid, Child Marriage Prohibition Officers, child line and other NGO, and Mr. DebabrataMahunta, District Coordinator, Ganjam and Rajalaxmi Behera District coordinator Koraput were presented in this event. Twenty-five youth champions were felicitated by the organizers. The district administration declared that they will support the BalyaBibahaPratirodha Mancha and they will start a provision to track the adolescent boys and girls with the help of the front line workers. The department will also develop one action plan to involve the Mission Shakti and other line departments to combat child marriage. Finally, the department declared they will state a campaign to make Ganjam a child marriage-free district. 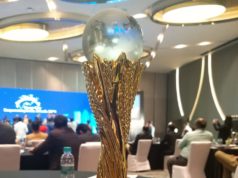 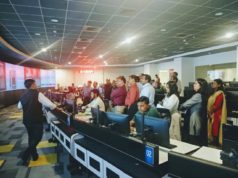