Budget Session of Parliament 2022 adjourns sine die; A total of 11 Bills passed by both the Houses of Parliament 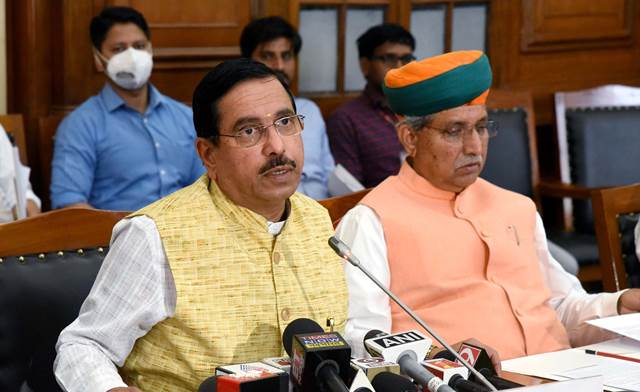 The Budget Session, 2022 of Parliament which commenced on Monday, 31st January, 2022 has been adjourned sine die today i.e. Thursday, the 7th April, 2022. In between Rajya Sabha and Lok Sabha adjourned for recess on Friday, the 11th February, 2022 to reassemble on Monday, the 14th March, 2022 to enable Departmentally related Standing Committees to examine and report on the Demands for Grants relating to various Ministries/Departments.

The first part of the Budget Session yielded a total of 10 sittings of Lok Sabha and Rajya Sabha.  In the second part of the Session, there were 17 sittings of both Houses.

This being the first Session of the year, the President addressed both Houses of Parliament assembled together in terms of Article 87(1) of the Constitution, on 31st January, 2022. Motion of Thanks on the President’s Address in Lok Sabha was moved by Shri Harish Dwivedi and seconded by Shri Kamlesh Paswan.  This item engaged the Lok Sabha for 15 Hours 13 minutes against allotted 12 Hours. In Rajya Sabha it was moved by Shrimati Geeta alias Chandraprabha and seconded by Shri Shwait Malik. This item engaged the Rajya Sabha for 12 Hours 56 minutes against allotted 12 Hours. The Motions of Thanks were discussed and adopted after reply from the Hon’ble Prime Minister by the two Houses during the first part of the Session.

3 Short Duration Discussions under Rule 193 were held in Lok Sabha. First on climate change which was initiated on 8th December, 2021, second on need to promote sports in India and steps taken by the Government (remained inconclusive) and third on situation in Ukraine.

The productivity of Lok Sabha during the Budget Session, 2022 was approx. 129% and that of Rajya Sabha was 98%.

“India has emerged as one of the world leaders in energy transition which is evident in the growth that we have achieved in the area of Renewable Energy”: R.K Singh