Bollywood music composer Mithoon is well known for delivering evergreen and timeless pieces of music in movies like ‘Zeher’, ‘Bas Ek Pal’, ‘Aashiqui 2’, and ‘Khuda Haafiz’ in 2020. While we all are vibing with new year merrymaking, the music wizard is back with single of T-Series ‘Toh Aagaye Hum’ which silently conveys that he has a lot more to deliver in 2021.

Telling us about the process and making of the song, Mithoon expresses that one should never disobey his heart. He informs, “When the basic melody of the song was ready, I instantly roped in Jubin Nautiyal and veteran lyricist Sayeed Quadri. I felt Jubin could do justice to the song. Then the lyrics were made more beautiful by adding different layers and intensifying them. When Bhushan Kumar listened to the song, he loved it at the first hearing. From composer to singer, the singer to poetry, poetry to production and mixing, everybody have put their own energy and emotions into the song. All these things are very crucial for my music and then only we deliver the best to the audience.”

Sung by Jubin Nautiyal, the video features him, Mithoon, and Sanjeeda Sheikh. Talking about his role in the video Mithoon says, “It was Bhushan Kumar’s idea to feature me in the video as he was completely in awe with the tune. This is the first song that I actually composed in the lockdown. Bhushan kumar believed a lot in the song. Initially we were working on a film in which the song was supposed to be featured, but due to unfavorable reasons the project got delayed. So he decided to make the video of the song and wanted me to feature in it as the composer as well as its narrator. It was his wish to convey the listeners about how deeply a composer is related with the song. Then the director Ashish Panda did the entire story with me, Jubin and Sanjeeda.” 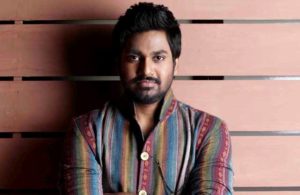 Since the time of ‘Aashiqui Aashiqui’ from Mithoon’s first album ‘Tu Hi Mere Rab Ki Tarah’, his youthfulness seems unchanged. When asked about his evergreen look, he says, “I never compromise my happiness for anything, be that any project. I get myself going for anything with the agreement of my heart. I guess the happiness you see on my face in the video is because I got to be one of the crucial parts of it.”

Mithoon has recently volunteered in MX Player’s ‘Times Of Music’ alongside veteran music composer Viju Shah. He mentions that has been an ardent fan of Viju Shah’s music.

The entertainment sector took a shift in 2020 where OTTs became larger than the screen. One such big release was Vidyut Jammwal starrer ‘Khuda Haafiz’. However, the album of the movie has been composed by Mithoon that indeed added to the grandeur. The work has been done completely in the lockdown period amidst serious restrictions. Mithoon and Eric Pillai have done numerous virtual sessions to create the album of ‘Khuda Haafiz’.

“‘Khuda Haafiz’ had released at such a point of time when the restrictions were a lot more severe. I had two choices- either to backout or to take it forward. People were facing a lot of challenges. So, keeping that in mind I decided to do my bit by working on this project. I spoke to all my singers. I recorded Sonu Nigam in Dubai, Vishal Dadlani in Koyna Dam, Armaan Malik and Asees Kaur from their respective homes, Javed Ali from Delhi, Vishal Mishra from Chandigarh, and Eric Pillai online from his studio. So everything happened from my system by putting all the sessions on sessionwire.
Armaan has beautifully performed the song ‘Mera Intezaar Karna’ in the album. The track indeed intensifies the sentiment of the plot. Well, the experience was one of a kind,” shared Mithoon.

Apart from composition, Mithoon is also an award winning songwriter. When asked about the selection of lyricists for respective songs, he goes on sharing an incident, “I do not much interpret when it comes to select lyricists for songs. That moment only, you get a call from within that who could pen the song best. Talking about Manoj Muntashir, when I was jamming with Mohit Suri for ‘Half Girlfriend’, we were figuring out what the songs should be like. He offered me a piece to read. After I finished, he informed me that it has been written by Manoj Muntashir. Then the whole song ‘Main Phir Bhi Tumko Chahunga’ was made on that written poetry. There, it was not me to decide, rather that particular moment did. God talks to you at every step, so all you should do is to have that humility to listen to him and do what he wants.”

Mentioning his plans to get into singing, he says, “They say, never say never but I am skeptical when it comes to my singing. I can sing my own songs because they are more of an expression or recital. Well, all I can say right now is I am yet to prepare myself with the tools of that a singer should have.”

Mithoon has created priceless music and continues to do so. Nevertheless, ‘Aashiqui 2’ promises to be one such milestone of his career. He mentions, “I look at myself more of a traveller. I have never planned my career. Infact, in 2008, I did not work for a year. It seems quite undiplomatic when one is at the prime level of his career. But I feel, if that break would have never happened, ‘Aashiqui 2’ would have never happened. 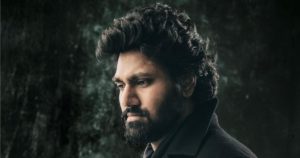 About ‘Toh Aagaye Hum’, I felt that the work that would be done, will happen in a dignified way, and that’s what happened. So, in my forthcoming projects, I will keep applying the mantra of my heart.”

Mithoon solely supports original music creation. According to him, there are many talented original songwriters in the country who deserve an honest oppertunity. Moreover, originality adds excitement in music making.

When asked about his dream collaboration, Mithoon tells that he had expressed on Mihir Joshi’s ‘The MJ Show’ season 2 finale episode about his wish to work with Sonu Nigam.
Well, ‘Khuda Haafiz’ made it happen.
“‘Aakhri Kadam Tak’ gave me the opportunity to collaborate with Sonu Nigam. I would put it as one of my best sessions of life. A composer wants a singer who should celebrate his tune. Sonu Nigam literally celebrated my creation. Sonu sir was actually going to sing this song from home. But even after all the setups have been done, he said that he wants to record the song at a studio because he wanted to feel the song with closed eyes. Day after, he booked a studio at Dubai and reconnected live with me from there. That’s how the song has been made on one take. That was an once in a lifetime incident,” said Mithoon.

Mithoon also reveals about his second collaboration with Sonu Nigam. He says, “We are already in talking terms for the project. Hopefully, very soon 2021 will be a lucky year for all the Sonu Nigam and Mithoon fans.”