Bhubaneswar: The three-member BJP central team led by BJP national general secretary Saroj Pandey on Sunday met the Kunduli gangrape and suicide victim’s family and locals at her village in Koraput district and held talks with them about the circumstances under which the tragic incidents occurred.

The girl’s mother gave the team a letter addressed to the Prime Minister seeking justice for her daughter’s death. She said to them that she has knocked at all doors seeking justice but in vain. 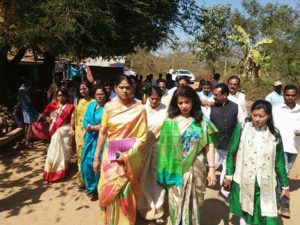 President of the Arab Republic of Egypt H.E. Mr. Abdel Fattah Al Sisi will be the…