Amrit Mahotsav is about the Prime Minister’s grand vision of India 2.0 as Aatmanirbahar Bharat: Dr.Bindeshwar Pathak

New Delhi: Ministry of Culture, Ministry of Jal Shakti, Ministry of Housing and Urban Affairs in collaboration with Sulabh International organized an event “Swacchagraha” under the aegis of Azadi Ka Amrit Mahotsav to encourage the mass awareness with the core thought of “Swachhta, Swadhinta and Sulabh” on 5th March  in New Delhi.

He further highlighted that the Amrit Mahotsav is about the Prime Minister’s grand vision of India 2.0 as Aatmanirbahar Bharat.He said “We all as Sulabh family affirm our faith in and resolve to work for, as also the profound vision and dream of Mahatma Gandhi for Swachh Bharat.”

He also added that Prime Minister Shri Narendra Modi, has done a lot to do away with defecation in the open and equip all schools in the country with sanitation facilities. On the occasionYoga Guru Baba Ramdevfrom the PatanjaliYogpeethcenteralso addressed the audience virtually. Addressing the audience Baba Ramdev said “We all have to be a part of solution and not the problem. In this phase of Azadi ka Amrit Mahotsav we have to promote unity and harmony in the country and also  have to focuson Swadeshi” He also said that India will be a powerful country when it will complete its 100 years of independence.

A special screening of the film on AmritMahotsavwas done on the occasion. The event had a panel discussion on new ideas and measures for increasing Swacchtha, Swadhinta and Sulabh along with a song and film showcase. In the panel discussion, the importance of taking the idea of swachhta forward was highlighted.

The evening session themed ‘EkShaam Sur, TaalaurSwachhtakeNaam’ was addressed by Chief Guest Shri Vijay Goel. In his address he mentioned that AzadiKaAmritMahotsav  means that we all should remember those who gave their life for  India and its  freedom. He further said that children should be involved in the celebration of Azadi Ka Amrit Mahotsav. Addressing at the event he also highlighted about ending open defecation and the importance of Sulabh in achieving it. 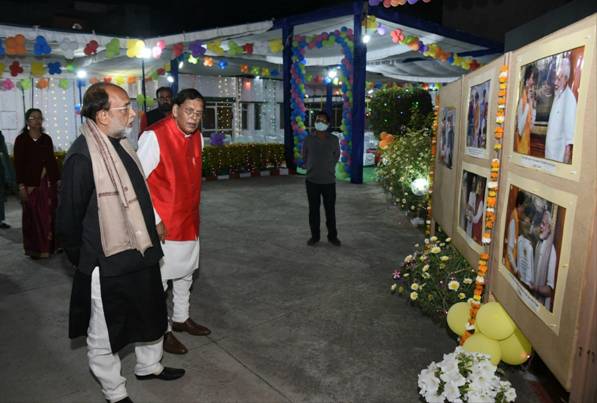 The event featured performance by Dhruva –The Sanskrit Band, the world’s only music band that is based on India’s oldest own tradition of Vedic–gaan and Stotra–gaan in Sanskrit language. The evening was summed up by a musical performance of prominent percussionist in India Pandita Anuradha Pal’s and SuFoRe music group that combines an exhilarating mix of Indian Folk, Sufi, Qawwali, Hindustani and Carnatic Classical music, recharged with dazzling Indian and World percussion.

IndiGo brings back over 7180 Indian citizens in a week; Safely transfered from Budapest, Bucharest, Rzeszow, Suceawa and Kosice to Delhi