‘Akhiyan’ Delivers A Retreat Of Independent Music To Music Lovers 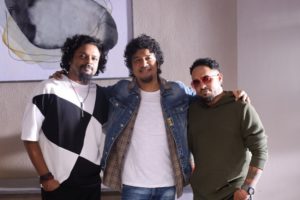 In the era where independent music is ruling Bollywood, the music duo Gourov & Roshin have been hitting the charts for the last two years. After the blockbuster single of Ankit Tiwari ‘Tere Do Naina’, the duo is back with ‘Akhiyan’ in the magical voice of Papon on Sony Music label. Speaking about their journey and experience, the duo shares a few interesting tidbits with us.
“We are overwhelmed with the response of audience towards “Tere Do Naina’ and ‘Akhiyan’. With lot more experimentation, we are coming up with more singles and movie tracks next year,” says Gourov.

The voice of Papon has been loved by people worldwide. Be that ‘Humnava’, ‘Moh Moh Ke Dhaage’, and recently with ‘Akhiyan’, he never fails to enchant his audience.

Speaking about the great response, Gourov says, “We always try to keep the reach organic. Even the audience is witty and they know whether one is making the YouTube video’s views paid or unpaid. It is just that, people have loved the creation and that’s the way it has made homes in hearts.”
We always get the output in the form of a song, but do we know the journey? Here is what Gourov & Roshin narrate about the making of ‘Akhiyan’. 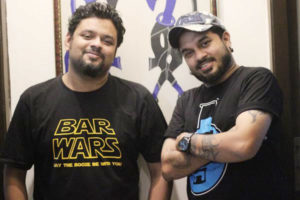 “During the promotions and interviews of ‘Tere Do Naina’ at the Sony office, we had a break of half an hour and there is where ‘Akhiyan’ was composed. I played it for Rohan Jha, the head of Sony Music who considered it as an outstanding composition. And Papon is magical in whichever song he sings. We are lucky having a friend like him,” Gourov says.

After the massive success of ‘Tere Do Naina’, composers Gourov & Roshin have become the frontline faces of the Indian music industry. But according to Gourov, things do not change overnight. “Change is the only constant and that’s happening. The era and age of independent music are growing which eventually is making people leave reactions, that saturation point happens for good of course. Things have their time and happen at that point. We have also made recreations like ‘Sara Zamana’, ‘Maahi Ve’, ‘Mungda’ but there we created an original song where we put the hook of recreation.”

The duo is currently working on few projects with Bollywood big-shots like Emraan Hashmi, Amitabh Bachchan, Ajay Devgan. Few singles which are on the verge of release.
“It is all the game of time, destiny, and hard work. You never know when success will come running behind you. Just believe in self and walk along the path with true dedication”, concludes Gourov.