Talking about the song Aditya says, ” ‘Kyun’ is essentially a song about one sided love and we wanted to shoot a lovely music video but the pandemic happened and I didn’t want to put anybody in trouble. In fact it was the first time that my girlfriend and I were going to shoot a music video together but we couldn’t. So for the safety of my loved ones and crew we decided to postpone it. We will be shooting the music video once things are better but for now we decided to put something out so we came up with a very interesting animated lyrical video where we essentially animated ourselves.” 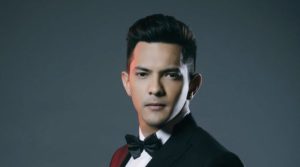 Releasing the track on his birthday Aditya reveals, “I worked with an individual called Flock of Crows from Ireland who has done the lyrical video and we thought that my birthday would be a good time to treat my fans with a new track and interesting lyrical video.”